I wanna win my baby some neckties! What a cheapo, huh? Well, it’s worth a chance to win all those fun Spring/Easter colors rather than buy each one individually. 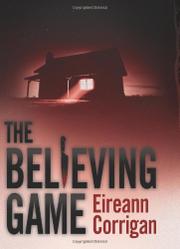 Greer Cannon is a troubled rich girl who finally steals one too many things. Her parents send her to McCracken Hill, a very expensive, private institution for teens with various addictions. Greer has an instant connection with the most attractive boy in the joint, Addison Bradley, who insists that she become close to his mentor, an older black man with a shady past named Joshua. As Greer tries to find out more about Joshua’s background, she uncovers his many lies and struggles with how to break the news to Addison. She also doesn’t know how to pull her friends out of the cult that she unknowingly helped them create.

I have to say that this is the first novel I’ve read about cults. This might surprise you but, as a kid, my church was pretty fanatical about cults and doomsday stuff, so I had already been taught to look out for David Koresh-type whackos. All that knowledge probably kept me from going to Baylor University too because it was in We Ain’t Comin’ Out, Texas. I didn’t want to spend my college years having to worry about the possibility of a surviving sect of the Branch Davidians existing and eye the Kool Aid bowl all the time. Anyway, as interesting as the premise, something rings false throughout. Corrigan does a good enough job with the dialogue (nothing bothers me more than an adult who tries too hard but can’t write teenage dialogue) but I think the relationship and strange sexual tension between Greer and Addison didn’t feel quite right. Maybe Corrigan didn’t have her first real relationship until college or something. Other than that nitpick, the book had a nice forward motion which led to a somewhat disappointing ending. If you like happily ever afters, don’t read this book. If you want to read something that could really happen in real life, this one’s for you.

This is mostly for me (otherwise I might forget what I’ve read and not review it) but it is also a preview of things to come for those of you who like what I have to say.

P.S. I had no idea there was another Jenny McCarthy show. I ran across it during a late night baby feeding.

Who else is glad that The Walking Dead is back? I love me some zombie movies and TV shows, but to be honest, I’m not so crazy about the majority of the zombie books that have been coming out.

I thought Pride and Prejudice and Zombies by Jane Austen and Seth Grahame Smith was a fun book though. But I don’t know if the movie will do it justice.

I read the book ages ago so I’m not going to bother reviewing it now. If you like Jane Austen and those spoofy books, I say have at it!

If We Survive by Andrew Klavan

Two girls, two boys, and a youth pastor travel to a small, impoverished village in Central America to rebuild a school. The school is little more than concrete walls with a few chairs inside. When asked how one of the walls was reduced to rubble, the locals answer Los Volcanoes. The Americans are perplexed since the village is far from any volcanoes but they don’t give it another thought. Just as they are about to go home, they are abducted by (you guessed it) Los Volcanoes, a faction of the rebel groups that are currently warring with the country’s government. Their hope lies with the ex-marine pilot who seems to not care about their dangerous predicament.

You’re probably going to hear me say this a lot on here, but I could really see this becoming a movie. And an awesome one at that. If Timothy Oliphant were younger, he’d be great as the ex-marine. I was imagining more bulk though. I suppose I would have to settle for someone like Liam Hemsworth. But honestly, he’s not rugged enough and I don’t think he can pull off the humongous chip on the shoulder that the character has. Okay, sorry. Enough with the casting wishlist. If you can’t tell already, I thought the ex-marine character was awesome. And I love movies. Moving on…

I thought all of the characters were believable. You’ve got the narrator, a 16 year old boy named Will who is scared but rises to the occasion. An annoying know-it-all of a teenage boy named Jim who sympathizes with the rebels hatred for America but stupidly believes that he can talk them into releasing the group. A prissy teenage girl (I forgot her name already… Nicki?)who does nothing but cries and screams for most of the book. And the college girl, Meredith, who is eerily Zen about everything and seems to have balls of steel. I don’t mean to ruin the book for you, but I hardly feel like mentioning the youth pastor, Ron, because he is weak and a disposable character. No need to talk about the ex-marine, Dunn, again because I will just go on and on. But basically, the man has layers. Like an onion.

Klavan sure knows how to write action. While I can’t regurgitate any awesome prose, I can tell you I can still see all the action sequences in my head. It might be because I’ve watched a lot of movies with machines guns, gore, and jungles. But honestly, I think it’s because his storytelling is descriptive yet concise. The man really knows his way around the subject material. I also found Will’s voice to be believable as well. There’s nothing worse than a grown author trying to pull off a teenage voice and failing miserably.

I don’t know if I’ll read more of this author but I would probably read this book again if it crossed my path.

For someone who loves to read and wants to write, I should have a blog. I should have a blog with hundreds if not thousands of posts with tons of followers. But I don’t. Why? I guess I never thought that anyone would be interested in what I have to say. Or maybe I’ve just been lazy.

Now that I’m home and a little less sleep deprived, I think I’m out of excuses. I’ve been reading a respectable amount of books lately and I have plenty of thoughts. So in the least, I plan to use this space to talk about them and maybe my plans for my own future book.