Excerpt: The Do-Right by Lisa Sandlin

1959. Delpha Wade killed a man who was raping her. Wanted to kill the other one too, but he got away. Now, after fourteen years in prison, she’s out. It’s 1973, and nobody’s rushing to hire a parolee. Persistence and smarts land her a secretarial job with Tom Phelan, an ex-roughneck turned neophyte private eye. Together these two pry into the dark corners of Beaumont, a blue-collar, Cajun-influenced town dominated by Big Oil. A mysterious client plots mayhem against a small petrochemical company-why? Searching for a teenage boy, Phelan uncovers the weird lair of a serial killer. And Delpha — on a weekend outing — looks into the eyes of her rapist, the one who got away. The novel’s conclusion is classic noir, full of surprise, excitement, and karmic justice. Sandlin’s elegant prose, twisting through the dark thickets of human passion, allows Delpha to open her heart again to friendship, compassion, and sexuality.
PRAISE FOR THE DO-RIGHT:
“Lisa Sandlin’s The Do-Right is something akin to a rusted nail through the foot: it’s dirty, it hurts, and it’ll have you jumping up and down—or possibly just on the floor. Delpha Wade and Tom Phelan are as lovable a duo as any in noir fiction.” — Joseph Borden, Killer Nashville
“When a critic praises a writer’s original voice, what does that really mean? In the case
of Texas native Lisa Sandlin, it means dog-earing page after page in her novel The
Do-Right, to reread particularly terrific passages or, even better, share them aloud . . .
Check out The Do-Right, and see if you don’t find yourself reading passages aloud
just for the sheer pleasure of it.” – Shawna Seed, The Dallas Morning News
“Smashingly original.” — Jack Batten, Toronto Star
PURCHASE LINKS:

She had thought this out many times.

She opened the door to #221, put down the suitcase and plate as before. Swiveled and locked the door, set the key in clear view on a chest of drawers. Then she picked up the plate and looked around. Moss-green walls. Window facing an alley. Single bed with a chenille spread, dusky rose. Bedside table, lamp. Chest of drawers. Chair. Closet. That picture of two kids huddling on a bridge, wide-winged angel flared up behind, enough to scare the tar out of them. She’d count on a Gideon in the night table.

Delpha unpacked her four pairs of white cotton panties, her extra brassiere, also white cotton, a sanitary belt and box of Kotex into the chest of drawers. Hung two skirts and blouses and a dress in the closet. Unzipped her navy blue skirt and hung it up too, shed her shirt, bra and panties, and kept on the white nylon slip. The old hotel had been refurbished with central air but a measly amount circulated. She raised the window for fresh air. Switched on the ceiling fan, but not the lamp. She took her sandwich to the side of the bed, where, sitting down, she ate it slowly, holding her head over the plate so as not to drop crumbs onto the swept wood floor. Fragrant, that mayhaw. She sopped up the crumbs with a damp finger.

Then she pulled down the covers and lay down, stretched out her legs, her toes spread against cotton washed two hundred times, drew the sheet up to her shoulders. Laying her head on the flattened pillow, she felt, then savored how the door was locked and she was alone.

The door was locked. She was alone.

Nobody was in this ten by twelve space but her. No other breathing, gabbing, farting, pouting person. Everybody, everything else shut out. Locked out, on the other side somewhere. No one could walk in. She was not counted.

She did not have to speak. She did not have to share or to hoard, yet. She had to hear no one, except an occasional door shutting, a word or two from down the hall whose meaning she was not obliged to heed. She lay inside this idea for an indecipherable while, breaking the spell periodically to check the key up there on top of the chest of drawers. Still there.

Light had faded from the window, and the dark had come in to hang beneath the ceiling.

She breathed up the quiet, the silence—substance, balm, flower, fruit and medicine. She was taking it inside of her, where it expanded, filling scores and pits. The silence of the people who were not here. Silence of the bureau. The single bed. Silence of the empty places where the furniture was not. Silence rose up from the corners of this moss-green room like clear walls. Silence of the curtains riffled by a breeze. Silence of the lock. 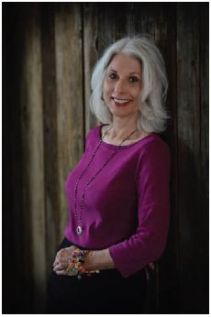 Lisa Sandlin’s story “Phelan’s First Case” was anthologized in Lone Star Noir (Akashic) and was later re-anthologized in Akashic’s Best of the Noir compendium, USA Noir. The Do-Right, which uses the characters from that story, is her first full-length mystery. Lisa was born in Beaumont, Texas, currently lives and teaches in Omaha, Nebraska, and summers in Santa Fe, New Mexico.

Check out the other great blogs on the tour!

One response to “Excerpt: The Do-Right by Lisa Sandlin”