BOMBSHELL
(What Doesn’t Kill You, #9)
An Ava Romantic Mystery

Temp worker by day, lounge singer by night, single mom Ava is having a hard time breaking up with her long-distance boyfriend and making it without the support of her parents on the island of St. Marcos. Things improve dramatically when she lands a too-good-to-be-true job at a virtual currency exchange, where she meets a seriously sexy man, and goes to work for a boss so incredible he sponsors her on a trip to New York to record a demo. But when Ava stumbles across the raped and murdered body of a young woman, she recognizes her from a shared trauma back in their school days. Ava is devastated and throws herself into avenging the girl’s death. From that moment on, it’s one bombshell after another, going off closer and closer to Ava and the people she cares about most.

PRAISE FOR BOMBSHELL:
“Just when I think I couldn’t love another Pamela Fagan Hutchins novel more, along comes Ava. She’s smart and sassy, with a story full of juicy plot twists. I enjoyed Bombshell from cover to cover!” — Marcy McKay, author of Pennies from Burger Heaven
“To finally get a whole book of Ava’s beautiful voice and attitude was so much fun. And then to see that her outer armor was mixed with the very real insecurities and struggles that we can all relate to was magical. She personifies bombshell in every sense of word and I can’t wait to have her voice in my head again in Stunner.” — Tara Scheyer, Grammy-nominated musician, Long-Distance Sisters Book Club
“Entertaining, complex, and thought-provoking.” — Ginger Copeland, power reader
══════════║║║══════════
CLICK TO PURCHASE
Amazon   Barnes & Noble   iBooks
Kobo   Google Play   Smashwords

It took me a few pages to realize that the typesetter didn’t leave off letters or entire words, but that the dialect was islander – as in Virgin Islands islander. Once I got past that little bump, I immediately fell in with Ava and her crazy life. I’m a little older than her, but I can totally relate to having a small child and working thankless temporary jobs when all you want to do is be a singer.
Kudos to Hutchins for believability and clarity. I could feel the oppressive St. Marcos heat and humidity. I could see how all the colorful characters soaked in the lovely sight of the voluptuous siren Ava. I could smell Ava’s aluminum-free deodorant failing her (been there done that!). And I could feel the repulsion from slimy men’s fingers trying to cop a feel.
I am also impressed with the progression of events and how it all ended. I knew the book is a mystery, but I was so wrapped up in Ava’s present situation that I didn’t even bother to try to figure out who was killing the dancers and why. Hutchins had me fanning myself over sensuous descriptions one moment to clenching my jaw as Ava remembers childhood predators. It was difficult to pry myself away from the present to look that far ahead.
If I actually tried, would I have solved the mystery? Probably not. The baddie(s) were so off my radar because of the circus that Ava has spiraling around her. And I admired her strength and bravery so much throughout the novel.
The only time my admiration faltered was when she actively pursued her music career. Maybe I’m a little jealous of a fictional character? Or maybe I’m annoyed that she finally had a stable job with which to support her child and she was being reckless with it by pursuing a pipe dream. She already didn’t spend much time with her daughter (who might have a slight developmental delay), and a life in the limelight would mean she would spend even less time with her. Sorry, stuffy mom rant ends here.
I really liked the end and encourage you to read the previous books to know even more about Ava and the people in her life. I look forward to reading any other Ava books that come out in the future.
Grab yourself a glass of red and settle in for a loooong night of reading. 😉 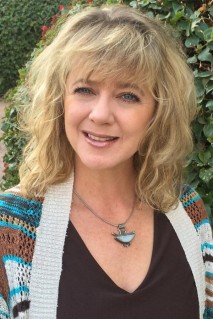 Pamela Fagan Hutchins writes overly long e-mails, award-winning and best-selling romantic mysteries, and hilarious nonfiction from deep in the heart of Nowheresville, Texas and way up in the frozen north of Snowheresville, Wyoming.
Her What Doesn’t Kill You romantic mystery series is Janet Evanovich meets Sandra Brown and a smidge of Alice Hoffman’s practical magic, featuring a revolving lineup of interrelated female amateur sleuths. She is passionate about great writing and smart authorpreneurship as well as long hikes with her hunky husband and pack of rescue dogs, riding her gigantic horses, experimenting with her Keurig, and traveling in the Bookmobile.
WEBSITE   BLOG   PINTEREST
FACEBOOK   TWITTER
INSTAGRAM   GOODREADS   AMAZON AUTHOR PAGE 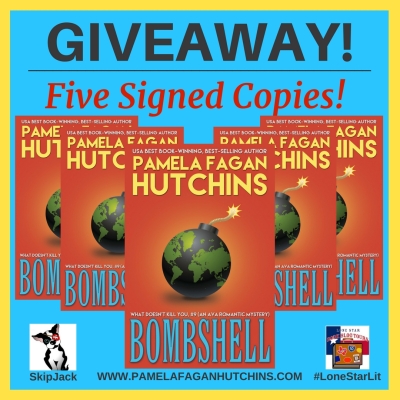