Review & Giveaway: What Momma Left Behind by Cindy K. Sproles

WHAT MOMMA LEFT BEHIND
by 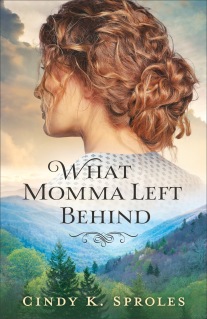 Worie Dressar is seventeen years old when influenza and typhoid ravage her Appalachian Mountain community in 1877, leaving behind a growing number of orphaned children with no way to care for themselves. Worie’s mother has been secretly feeding a number of these little ones on Sourwood Mountain. But when she dies suddenly, Worie is left to figure out why and how she was caring for them.
Plagued with two good-for-nothing brothers—one greedy and the other a drunkard—Worie fights to save her home and the orphaned children now in her begrudging care. Along the way, she will discover the beauty of unconditional love and the power of forgiveness as she cares for all of Momma’s children.
Storyteller and popular speaker Cindy K. Sproles pens a tender novel full of sacrifice, heartache, and courage in the face of overwhelming obstacles.
PRAISE for What Momma Left Behind:

“Worie Dressar isn’t your typical heroine—she’s tough, she’s opinionated, and she’s loud. But at her core she wants to love and be loved—just like the rest of us. Cindy’s special talent is in telling about life the way it is—hard parts and all—while preserving the beauty and wonder of love shining through even the darkest night.” —Sarah Loudin Thomas, Christy Award-nominated author of Miracle in a Dry Season

“Seldom does a story move me to tears and encourage me to examine my life. A powerful story. Highly recommended.” —DiAnn Mills, author of Fatal Strike

“Cindy Sproles has a way of placing readers inside the Blue Ridge Mountains. Her ability to transport readers into her Appalachian adventures is nothing short of genius. Leaving us hanging on every word, Cindy writes with feeling and incredible historical knowledge. This book is a must-read!” —LaTan Murphy, writer, speaker, author of Courageous Women of the Bible

What Momma Left Behind by Cindy K. Sproles is the kind of book that I will reread when I need to feel inspired and find inner strength or peace. If you were to judge this book by its cover, you would probably assume that this was another run of the mill historical fiction with a fluffy love story. I wouldn’t blame you because the cover is gorgeous and fits right in with that type of book. And the description on the back cover also does not prepare you for the harrowing story contained within.

We lay eyes on Worie Dressar at the lowest point of her young, hard life. Sproles points out several times that her characters have had to grow up quickly because of their environment. But the opening scene is something that someone even near the end of his or her life would have a hard time coping with. Physically, we see the characters in this novel carry on because nothing would get done if they threw themselves down and mourned for days on end. But Sproles lets us in on their inner turmoil with subtle descriptions and inner dialogue since the story is told from Worie’s perspective. And I suppose it dawned on me that this was not a romance novel when the author did not waste words on the physical appearance of the characters. As a reader who craves love stories in even action or horror genres, this was a big jarring to me. But it made sense given how pragmatic Worie is.

Sproles’ authenticity is consistent in every way, from the characters’ dialect (even in Worie’s narrative point of view) to the description of daily life and the norms of that society. And it is because of that authenticity that it never registered to me that this was a Christian book as well. I suppose because the Bible was the one book that everyone in America read if they knew how to read, I just assumed that folks from that time period quoted the good book frequently. Also, Christian books are not the only ones that teach us lessons in faith and forgiveness.

Maybe you’re not into Christian books. Fear not, because What Momma Left Behind does not read like one. The villain in this novel is among the worst human beings I have ever read in fiction. This is not your cloyingly sweet novel with a picture perfect happy ending; nor does it thump you over the head with the Bible unnecessarily. There are quotes from scripture, but they’re used in a way like if Dan Brown wrote his cryptic clues down and floated them in a bottle. So basically, they have a purpose beyond getting some heathens to read the Word of God.

I thought I was going to read a soothing story of a young woman who teaches orphans to hunt and farm the land. That is not what this story is. It is so much better and more real. I recommend this book to people who like to read realistic historical fiction. Not to mention, a book about the effects of an influenza and typhoid pandemic in America is quite timely during COVID-19. 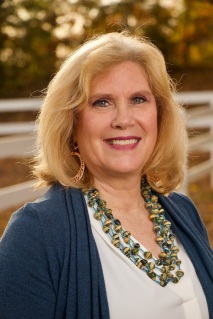 Cindy K. Sproles is the cofounder of Christian Devotions Ministries. An author, storyteller, and popular speaker, Cindy teaches at writers’ conferences across the country and directs the Asheville Christian Writers Conference in North Carolina. Editor of ChristianDevotions.us and managing editor for Straight Street Books and SonRise Devotionals, Cindy has a BA in business and journalism and lives in the mountains of East Tennessee with her family. 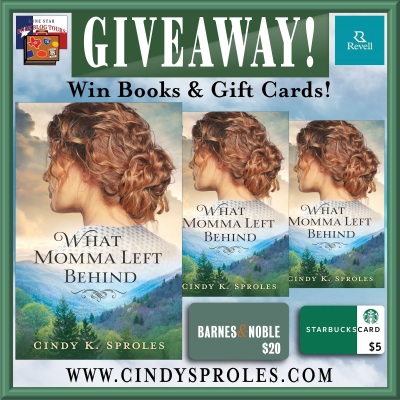 CLICK TO VISIT THE LONE STAR LITERARY LIFE TOUR PAGE
FOR DIRECT LINKS TO EACH POST ON THIS TOUR, UPDATED DAILY.
Or, visit the blogs directly:

Review & Giveaway: Out of the Embers by Amanda Cabot 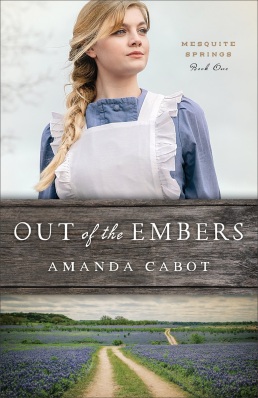 Ten years after her parents were killed, Evelyn Radcliffe is once more homeless. The orphanage that was her refuge and later her workplace has burned to the ground, and only she and a young orphan girl have escaped. Convinced this must be related to her parents’ murders, Evelyn flees with the girl to Mesquite Springs in the Texas Hill Country and finds refuge in the home of Wyatt Clark, a talented horse rancher whose plans don’t include a family of his own.

At first, Evelyn is a distraction. But when it becomes clear that trouble has followed her to Mesquite Springs, she becomes a full-blown disruption. Can Wyatt keep her safe from the man who wants her dead? And will his own plans become collateral damage?Suspenseful and sweetly romantic, Out of the Embers is the first in a new series that invites you to the Texas Hill Country in the 1850s, when the West was wild, the men were noble, and the women were strong.

PRAISE FOR OUT OF THE EMBERS:

“Out of the Embers is part prairie romance, part romantic suspense. I can’t remember when I’ve enjoyed a book more. Amanda Cabot has written an intriguing, chilling mystery and she winds it through the pages of a sweet romance in a way that made me keep turning the pages fast to see what was going to happen next. An absolutely excellent read. And now I’m hungry for oatmeal pecan pie!”

Let me begin by saying that I adore Amanda Cabot books and was so excited to receive this copy of Out of the Embers. When I got my first glance at the cover, I sighed in deep appreciation of the soothing colors, the lovely girl, and the beautiful expanse of bluebonnets on either side of a wagon-worn road. The picturesque cover promised me a happy ending to the bleak beginning of a young woman and small girl’s escape from a devastating fire.

On the surface, Cabot’s writing can sometimes seem formulaic like many romance novelists. The man doesn’t want to settle down, the woman is happy to be free of the chains of marriage, and then there is competition for someone’s heart. But much like Nicholas Sparks’ ability to write so many different stories of star-crossed lovers, Cabot is able to paint the portraits of reluctant lovers with varying brushes and strokes that transport you to a town that feels familiar but new at the same time. While her affinity towards portraying non-competitive female friendships forms another bridge between this series and the Cimarron Creek Trilogy, Cabot treats us to heartfelt relationships and individuals who are unique in the best possible ways. And to be quite honest, it is a relief to read about women who support each other rather than to tear each other down.

Unfortunately, the same could not be said for the men in this book. And now that I think of it, I do believe that the men in Cimarron Creek also got quite competitive when trying to win the heart of a particular fair lady. At times, I found the alpha competition to be a bit overwhelming, but Cabot would sprinkle tidbits here and there to connect the dots. And it’s by those connections that the reader is able to care about even the most seemingly despicable characters.

My favorite aspect of this book is the level of suspense that Cabot created. There were mysteries to be solved in Cimarron Creek, but the sense of foreboding in Mesquite Springs was on a whole other level. I made my predictions and was proved wrong time and time again. Cabot’s books are never terribly violent but there was a particular scene that made me gasp. There was definitely more of an edge in this book than the other series. Couple that with the teaser for the next romantic pairing, and I am fully committed to finishing the rest of this series. If you’re impatient like me, go pick up the Cimarron Creek Trilogy to keep you company until book 2 of Mesquite Springs comes out! 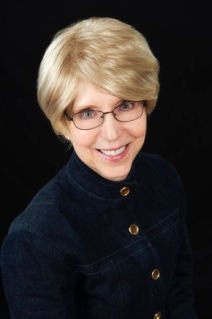 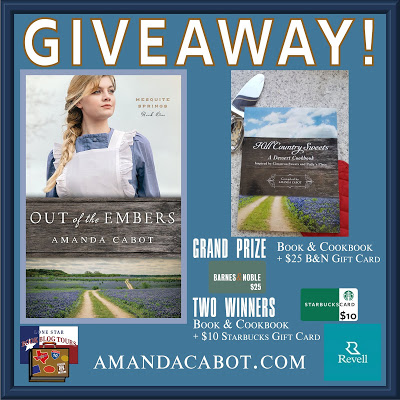