The Burning by D.E.L. Connor

In the third book of D.E.L. Connor’s magical coming of age Spirit Warriors series, Emmeline and her friends find themselves still reeling from the loss and pain caused by the evil spirit, machayiwiw- but the danger is far from over. As Emme, Charlie, Bets, Ollie, Jack and their beloved Spirit Animals prepare for the final battle against the machayiwiw, Emme struggles with a battle within her own heart. She longs for the beauty and softness she feels around Charlie, but she can’t deny the burning passion that consumes her with Jack. Will she finally let Charlie go and give her heart to Jack? Enthralling and passionate, Spirit Warriors brings the vibrant American West to life once again and whispers its ancient secrets of love and friendship.

Praise for the books:
“There is something special about a book/series when you feel like you’ve come home to family/friends in the first chapter. That is how I feel when I begin each new book in this series. I find I care more about each character as the series progresses.” – Amazon Reviewer

“I have been a huge fan of this series. After the second book I wasn’t exactly sure how this one would develop. Hands down it is the best book of the series so far.” – Goodreads Reviewer

“The Concealing is one of the best books that I have read in a long time…You will fall head over heels in love with all of the characters and the plot as well in The Concealing.” – The Avid Reader

“I was glued to the book from the moment I began reading it and was sad when it ended, because it ended. I can very easily visualise this book as a film, the descriptions are detailed enough to make it a great opportunity for a film. Amazing.” — Cookie Book Reviews

“A great young adult series along the formulaic values of the “Twilight” series. Also a wonderful book for adults who want to immerse themselves in a world full of youth and American Indian heritage.” — Respect the Books

Enter to win: a signed copy of
The Concealing, Book 1 of the Spirit Warriors Series,
a $25 Amazon Gift Card, and some Swag! 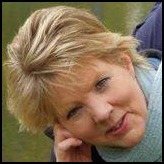 Della Connor (D.E.L. Connor) was born in South Dakota and raised in Southeastern Montana where she acquired a keen appreciation for Western and Native American culture. She moved to Texas as a young adult and acquired her honorary Texan status. She became a registered nurse, a nurse practitioner and eventually earned her PhD in nursing. She still works as a nurse educator and as a nurse practitioner. Her nights and weekends, however, are filled with her stories and books. Her first book, Spirit Warriors:The Concealing, was published by Booktrope Publishing in November of 2014. The second book in the series Spirit Warriors: The Scarring published on July 21, 2014 and Spirit Warriors: The Burning rolled out on September 21, 2015.The Spirit Warriors story evolved from a short story she wrote for a college English class in the early 1990s. The professor read it, loved it and asked her to stay after class and discuss it. During this discussion, he told her that a “dark” story like hers, which was written for older children, would be unmarketable and unsaleable. The story kept floating around in her mind. Finally, J.K. Rowling, Stephenie Meyers and others stepped forward with amazing “dark” stories to create a new genre called Young Adult. The time was finally right for her book. She wrote book 1 in two weeks. It took another year and a half and about a 150 queries all with a “not interested” for her to find a publisher.

If I’m to be brutally honest, it took me several chapters to find a comfortable reading rhythm with this book. That’s not to say that Connor’s writing is lacking in some way, but rather a testament to just how intricate the storyline is. I can only imagine just how much happened in the first two books. There are historic flashbacks, premonitions, and soul flinging amidst the already riveting plot lines. Embarrassingly, it took me a few re-reads to realize that a character was an animal instead of a human. And trying to figure out which animal went to who made me slow down for a few chapters. You would think that a girl who watched shows like Voltron and Pokemon as a kid would have a better handle on this.

The characters are beautifully written, but I wish there was more explanation about the Charlie and Emme issue. (And how Jack falls into the equation, while we’re at it.) I know that this is book three, but I feel like things should be clearer in case someone didn’t read the other two. Connor does a fantastic job of filling in the backstory of Emme’s brother and mother, and especially Lilly. At the expense of sounding all Team Edward, Team Jacob, I wish I knew more about the love triangle.
Unless the other two books are pretty vague too, I would have liked to know more about the prophecies as well. What were the previous prophecies and were they fulfilled exactly as they imagined? Why does everyone seem to have a different version of this latest one? And are Emme’s nightmares explained in the other books?
Because I don’t know the Jack backstory much, the engagement while still in high school feels a bit meh to me. But I get it. Bella wanted to hurry up and marry Edward so he would turn her into a vampire already. Jack wants to marry Emme because they all think they’re going to die soon. I know that’s the literal case here, but I have to wonder if it can also be a metaphor for young adult emotions. Like, “I’m going to die if Brad doesn’t ask me to the prom” and “My life is so over because I didn’t get into Yale.”
Overall, this was definitely a fun read and unlike any Young Adult fantasy that I’ve read. (And I’ve read many!) I hope that you’ll pick up the rest of the books in the series too.
Check out these other great blog stops on the tour!