Review & Giveaway: Something Worth Doing by Jane Kirkpatrick

SOMETHING WORTH DOING
A Novel of an Early Suffragist
by
Jane Kirkpatrick
Genre: Christian Historical Fiction
Publisher: Revell
Publication Date: September 1, 2020
Number of Pages: 336
Scroll down for the giveaway!

Some things are worth doing—even when the cost is great

In 1853, Abigail Scott was a nineteen-year-old schoolteacher in Oregon Territory when she married Ben Duniway. Marriage meant giving up on teaching, but Abigail always believed she was meant to be more than a good wife and mother. When Abigail becomes the primary breadwinner for her growing family, what she sees as a working woman appalls her—and prompts her to devote her life to fighting for the rights of women, including the right to vote.

Based on a true story, Something Worth Doing will resonate with modern women who still grapple with the pull between career and family, finding their place in the public sphere, and dealing with frustrations and prejudices when competing in male-dominated spaces.
PRAISE FOR SOMETHING WORTH DOING:

“I have long admired Jane Kirkpatrick’s rich historical fiction, and Something Worth Doing is well worth reading! Oregonian Abigail Duniway is a vibrant, fiercely passionate, and determined activist who fought for women’s suffrage. Women of today have cause to respect and admire her—as well as the loving, patient, and supportive husband who encouraged her to continue ‘the silent hunt.'” —Francine Rivers, author of Redeeming Love

“On the trail to Oregon, young Jenny Scott lost her beloved mother and little brother and learned that no matter what, she must persist until she reaches her goal. Remembering her mother’s words—‘a woman’s life is so hard’—the young woman who became Abigail Scott Duniway came to understand through observation and experience that law and custom favored men. The author brings alive Abigail’s struggles as frontier wife and mother turned newspaper publisher, prolific writer, and activist in her lifelong battle to win the vote and other rights for women in Oregon and beyond. Jane Kirkpatrick’s story of this persistent, passionate, and bold Oregon icon is indeed Something Worth Doing!” —Susan G. Butruille, author of Women’s Voices from the Oregon Trail, now in a 25th anniversary edition
CLICK TO PURCHASE
Amazon ┃ Barnes and Noble ┃ Bookshop.org
Christianbook.com ┃ IndieBound ┃ Revell

Something Worth Doing by Jane Kirkpatrick is an eye-opening look at the lives of women in 19th century America. As someone who views that period through a lens of Laura Ingalls Wilder mixed with historical romance books, it was a bit jarring to read about a woman who describes herself as strident. I’m not going to lie, I had to look that one up. A quick search defines strident as “loud and harsh; grating,” also “presenting a point of view, especially a controversial one, in an excessively and unpleasantly forceful way.” I think that the first definition was a more accurate description of Abigail Scott Duniway, but I could see how people in her time saw her as the second.

To be honest, I cared more for Jenny Scott – Abigail’s nickname before she married – who had a softness to her before marriage and life in general wore her down like a child’s teddy bear. She was still smart and headstrong in those early days, but you got the feeling that she smiled and laughed more often then too. I guess marrying a man before you were sure about whether you loved him or not could do that to you. But even after she realized that Ben was a good husband to her and an advocate for her passions, her cynicism could be overwhelming at times.

That feels unfair now that I’ve typed it. I hate doing laundry even with the wonderful modern inventions of the washing machine and dryer. There are days that I wish that I could quit working and do what I really love. Heck, hire a housekeeper so that I don’t have to vacuum my house ever again. And I can. Because women like Abigail broke the mold and fought for women’s suffrage. Equality has a long way to go yet, but because of women’s rights activists, I am not limited to certain jobs or activities because of my gender. I realize now that tact is a four-letter word when one needs ferocity and tenacity to breakdown oppression.

Kirkpatrick’s ability to create a captivating story from pieces of personal correspondence and archival research is truly remarkable. I would have to read all of the author’s source material to ascertain where the real Abigail Scott Duniway ended and the fictional shading to bring her to life began. With the exception of a small section where the narrative shifts to Ben’s point of view, the entire novel is seamless. I felt fully immersed in the time period and was excited to see which business venture Abigail tackled next. I related to her struggle of pursuing her dreams while taking care of her family at the same time. Although her mission was much more noble than any of my own undertakings.

I recommend this book to anyone who enjoys history, but especially to women who want more adventure in their life or those who worry that they are spreading themselves thin. I know that’s a wide spread, but there are so many connections to today’s modern woman that make this book a real gem. 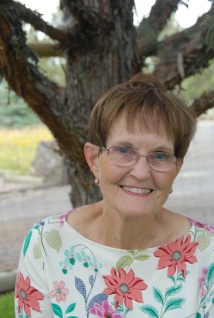 Jane Kirkpatrick is the New York Times and CBA bestselling and award-winning author of more than thirty books, including One More River to Cross, Everything She Didn’t Say, All Together in One Place, A Light in the Wilderness, The Memory Weaver, This Road We Traveled, and A Sweetness to the Soul, which won the prestigious Wrangler Award from the Western Heritage Center.
Her works have won the WILLA Literary Award, the Carol Award for Historical Fiction, and the 2016 Will Rogers Gold Medallion Award. Jane divides her time between Central Oregon and California with her husband, Jerry, and Cavalier King Charles Spaniel, Caesar.
Website ║ Bookbub ║ Facebook
║ Twitter ║ Pinterest ║ Amazon ║ Goodreads

a Rafflecopter giveaway
https://widget-prime.rafflecopter.com/launch.js
CLICK TO VISIT THE LONE STAR LITERARY LIFE TOUR PAGE
FOR DIRECT LINKS TO EACH POST ON THIS TOUR, UPDATED DAILY,
or visit the blogs directly: