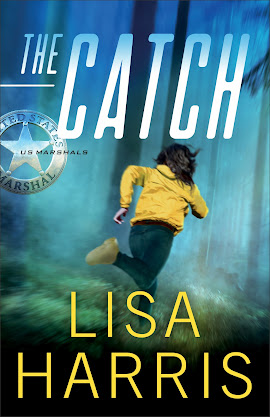 Everything hidden is eventually found
After a harrowing attempt on a judge’s life at the courthouse, Deputy US Marshals Madison James and Jonas Quinn are tasked with finding a missing woman and an endangered child in connection to the murder of the judge’s wife. What seems like a fairly straightforward case becomes hopelessly tangled when the marshals discover that the woman they are searching for is not who they think she is.
Madison and Jonas are forced into a race to find the woman and the child before the people who want her dead discover her location. And in a final showdown that could cost her everything, Madison will come face-to-face with the person who murdered her husband.
CLICK TO PURCHASE!
│ Amazon│Baker Book House│
│ Christianbooks.com│
│ Other Revell Affiliates│

The Catch by Lisa Harris is the first book that I have read by the author and Book 3 in the U.S. Marshals Series. I am always a little nervous jumping into the middle of a series like that, but Harris quickly soothed away those feelings with her excellent exposition. The first chapter opens up with the perfect combination of dread and anticipation. With just a few pages, I was hooked.

Harris effortlessly transitions the reader from a tense opening chapter to a lighter (though also somewhat tense) scene where we meet our heroine, Madison, as she teaches her sister how to rock climb. I like the use of the activity as a metaphor for trust and though maybe a bit on the nose, a metaphor for falling in love as well. The scene is very cinematic as the character comes down from the high of physical exertion and the events leading up to this point are crashing down around her.

By using a third person point of view, Harris is able to give us insight into the feelings and thought processes of each character that we follow. With the exception of the opening chapter, the reader is normally following Madison or Jonas as they attempt to unwind this intricate case. What starts out as a deceptively simple case of jealousy and murder, each chapter reveals a new clue or character that makes the story twist and turn in very unexpected ways.

Classified as a Christian mystery suspense romance, The Catch is certainly all of these things and more. I know that some readers are put off by overly religious books, but this one is not in your face spouting Bible verses. I think that if you enjoy romance in your mystery books, this one has a lovely touch of hope for new beginnings to balance the high stakes adrenalin rush of action and deceit. 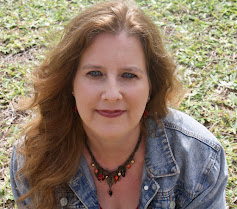 Lisa Harris is a USA Today bestselling author, a Christy Award winner, and the winner of the Best Inspirational Suspense Novel from Romantic Times for her novels Blood Covenant and Vendetta. The author of more than forty books, including The Escape, The Chase, The Traitor’s Pawn, Vanishing Point, A Secret to Die For, and Deadly Intentions, as well as The Nikki Boyd Files and the Southern Crimes series, Harris and her family have spent over 17 years living as missionaries in southern Africa and currently are living there.
◆  WEBSITE  ◆  FACEBOOK ◆
◆  TWITTER  ◆ AMAZON  ◆
◆  GOODREADS ◆ BOOKBUB ◆
◆ INSTAGRAM ◆ BLOG ◆ PINTEREST◆ 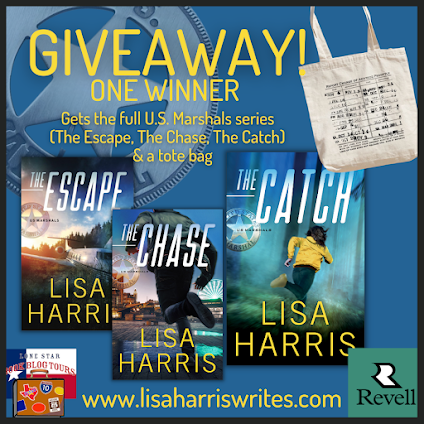 END_OF_DOCUMENT_TOKEN_TO_BE_REPLACED

Review & Giveaway: The Bones of Amoret by Arthur Herbert 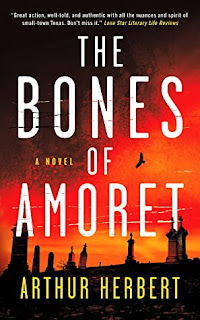 In this enigmatic follow up to his critically acclaimed debut novel The Cuts that Cure, Arthur Herbert returns to the Texas-Mexico border with this saga of a small town’s bloody loss of innocence.
Amoret, Texas, 1982. Life along the border is harsh, but in a world where cultures work together to carve a living from the desert landscape, Blaine Beckett lives a life of isolation. A transplanted Boston intellectual, for twenty years locals have viewed him as a snob, a misanthrope, an outsider. He seems content to stand apart until one night when he vanishes into thin air amid signs of foul play.
Noah Grady, the town doctor, is a charming and popular good ol’ boy. He’s also a keeper of secrets, both the town’s and his own. He watches from afar as the mystery of Blaine’s disappearance unravels and rumors fly. Were the incipient cartels responsible? Was it a local with a grudge? Or did Blaine himself orchestrate his own disappearance? Then the unthinkable happens, and Noah begins to realize he’s considered a suspect.
Paced like a lit fuse and full of dizzying plot twists, The Bones of Amoret is a riveting whodunit that will keep you guessing all the way to its shocking conclusion.
CLICK TO PURCHASE!
│ Amazon│

The Bones of Amoret by Arthur Herbert is one of the most satisfying mystery books that I have ever read. Too often I have been able to solve part (if not all of) a mystery by the middle. But Herbert is the master of twists and turns, as well as cooking up some delicious red herrings that are too tempting to ignore.

But even more tantalizing than the thrill of finding out the who and why behind the seemingly senseless murders, the cast of characters provide so much color, even in the midst of somber situations. Herbert’s talent for writing witticisms with a West Texas drawl make characters like Noah Grady spring to life. And his tendency to write things as he sees them in his mind’s eye translates into a truth that is not always pretty.

While there is love and friendship in this book, there is certainly a whole host of hate and vengeance. If there were ever a time to learn the lesson that in order for there to be good, evil must exist, this book would definitely be a candidate for a case study. It would also open up questions about what lies in the middle ground, I imagine.

Given the way that this book ends, I fully expected to walk away with some scars. But there is something in the way that Herbert writes that makes me accept that things are not as simple as right and wrong, good and bad. That every human has two sides of the same coin within them and that it only takes a split second for one side to emerge triumphant over the other.

Even more than a great mystery, I love how this book is a snapshot of West Texas in the ‘80s. One could argue that the social and racial tensions of those days are still prevalent. I don’t know if that was Herbert’s intent, but it’s a sobering thought, nonetheless. I can’t recommend this book enough to all the mystery readers out there. I hope to read more of this author’s work in the future. 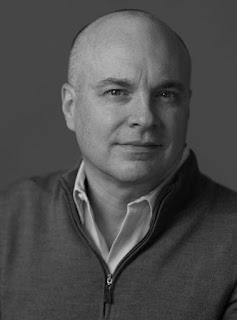 Arthur Herbert was born and raised in small town Texas. He worked on offshore oil rigs, as a bartender, a landscaper at a trailer park, and as a social worker before going to medical school. For the last eighteen years, he’s worked as a trauma and burn surgeon, operating on all ages of injured patients. He continues to run a thriving practice.
He’s won multiple awards for his scientific writing, and his first novel, The Cuts that Cure, spent ten days as an Amazon #1 Best Seller. His second novel, The Bones of Amoret, will be released on April 1, 2022 through Stitched Smile Publishers. Arthur currently lives in New Orleans, with his wife Amy and their dogs.
Arthur loves hearing from readers, so don’t hesitate to email him at arthur@arthurherbertwriter.com.
◆  WEBSITE  ◆  FACEBOOK  ◆  TWITTER ◆
◆  AMAZON  ◆  GOODREADS ◆BOOKBUB◆
END_OF_DOCUMENT_TOKEN_TO_BE_REPLACED